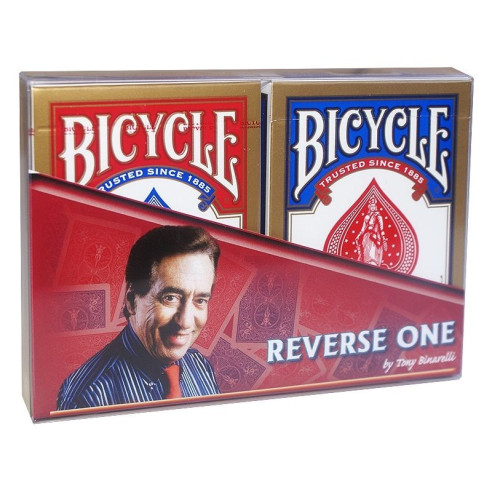 Reverse One by Tony Binarelli

Reverse One by Tony Binarelli


The magician shows two decks of cards, one with a red back and one with a blue back. The blue-backed one is given to a spectator. Now, holding the deck behind his back, the spectator must take a card from the center of his deck, turn it face up, and put it back. Then he is instructed to cut the deck so that the card is completely lost.

The magician takes the cards back from the spectator and ribbon spreads his deck and the spectator’s one on the table with the backs upward. Both will show a single card turned face up, and it is magically the same card! As a final twist, the two cards are turned over and the one in the red ribbon will have the blue back and the one in the blue ribbon the red back! A simply incredible effect!

A true gem by the great Tony Binarelli!

• Resets in an instant.
• Easy to perform and of enormous impact.
• The method is as beautiful as the effect itself.
• The cards are poker size. Included are both decks.
• The effect can be repeated as often as you want even to the same audience, each time with a different outcome!
Tony Binarelli
df-0112-CM 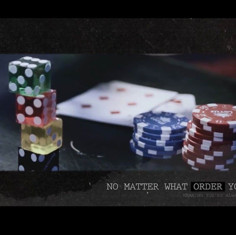 mms-3398-CU
56.95
How to Cheat at Dice Black Leather (Props and Online Instructions) by Zonte and SansMinds 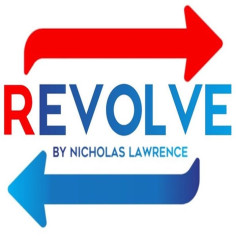 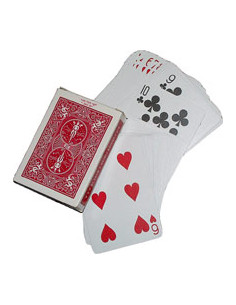 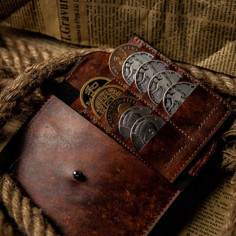 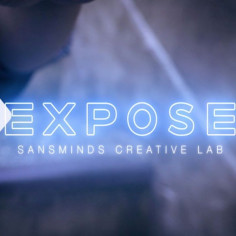 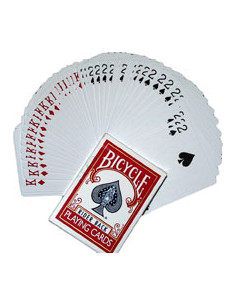 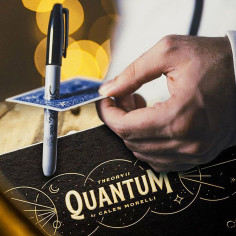